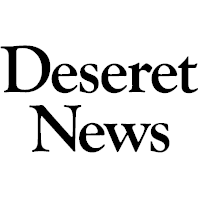 Fact number one: Our state’s citizens rank as among the most, if not the most, civically engaged people in the nation, according to a recent WalletHub study.

How can we explain the fact that Utahns are deeply invested in their nation and government, yet when it comes time to exercise their solemn right to vote, they lag far behind the rest of the country? One other statistic may provide the answer.

Political scientists have developed a concept intended to measure the wasted votes in a given state, i.e., the number of votes cast in districts where the votes of those in the minority party have no chance of impacting the result. According to the Associated Press, Utah has the 17th highest level of wasted votes in the nation.

It is hard to resist a simple conclusion. Even though Utah’s voters care about elections, they also know their voting districts are designed to create uncompetitive races and protect incumbents, thereby diminishing the value of their votes. So, on Election Day, they stay home, in large numbers.

A quick glance at Utah’s congressional district map provides a graphic illustration of the confused mess we’re in. Residents of St. George share a representative with citizens of Bountiful, and traveling up Interstate 15 from one end of the state to the other, will take you through two other, different congressional districts before the end of your trip back in the district you started in.

Utah’s voters are carved up in ways that are, by any pragmatic measure, nonsensical. And the result is that Utahns elect the representatives the districts are designed to elect, rather than representatives that reflect the interests of all Utah voters.

At the founding, the ideal of republican government was clear. James Wilson, a delegate to the Constitutional Convention from Pennsylvania and later Supreme Court justice, said that “the legislature ought to be the most exact transcript of the whole society.” Per John Adams, the legislative branch “should be in miniature an exact portrait of the people at large.”

But Utah’s current system does not keep faith with this vision. Instead of electing a legislature and a congressional delegation that mirror the spectrum of voters, we seem more and more to elect representatives who mirror the politicians who drew our election districts. What results is a new type of election that is more an easy walk for incumbents and insiders than it is a “race.” Per a Salt Lake Tribune analysis, 95 percent of state legislative contests in Utah are not competitive races. Imagine if 95 percent of Utah businesses had no real competition. We would intuitively expect higher prices and worse service. But for some reason, we expect our representatives, who consistently win reelection by margins best characterized with natural disaster analogies (“landslide,” “avalanche”), to remain humble, honest and highly responsive to their constituencies. This is not realistic.

The solution sometimes suggested by Utah Democrats is to even the field by providing them their own safe districts. While this might make things more even, it compounds the problem by once again drawing districts with political results in mind. Instead, we need boundaries drawn based on neutral criteria, like geographical proximity, communities of interest, and existing municipal and county boundaries, in an effort to reflect the preferences of the people, not to sort them into parties.

In other words, Utahns need better election maps. The trick comes in figuring out who ought to do the drawing, and how to manage that process. Any realistic solution must satisfy four main criteria. First, make voting districts that are not designed with any political outcome in mind. Second, waste fewer votes. Third, satisfy the constitutional requirement that the legislature oversee the process. Finally, be drawn by someone other than elected officials who have something directly at stake.

Fortunately, the package of proposals set forth in Proposition 4, which will come before voters in November, nimbly navigates all of these challenges.

If Proposition 4 succeeds, voting maps will be drawn by an independent commission with seven members, each chosen by different state officials. None can be a lobbyist, party leader or elected official. Five of the seven commissioners must approve the final map, which must then be submitted to the Legislature for approval as well. These and several other policies packaged in Prop 4 would make this new process far more even-handed, while also satisfying each of the criteria above.

In recent years, Utah has received national exposure for implementing innovative policies to solve problems that are elsewhere treated as intractable. Proposition 4 gives Utah the opportunity to once again put pure partisanship to the side and adopt an innovative proposal to tune up the machinery of our democracy. As a bastion of patriotism and fair-mindedness, Utah should lead the nation on this issue, and Utah’s voters should lead Utah.