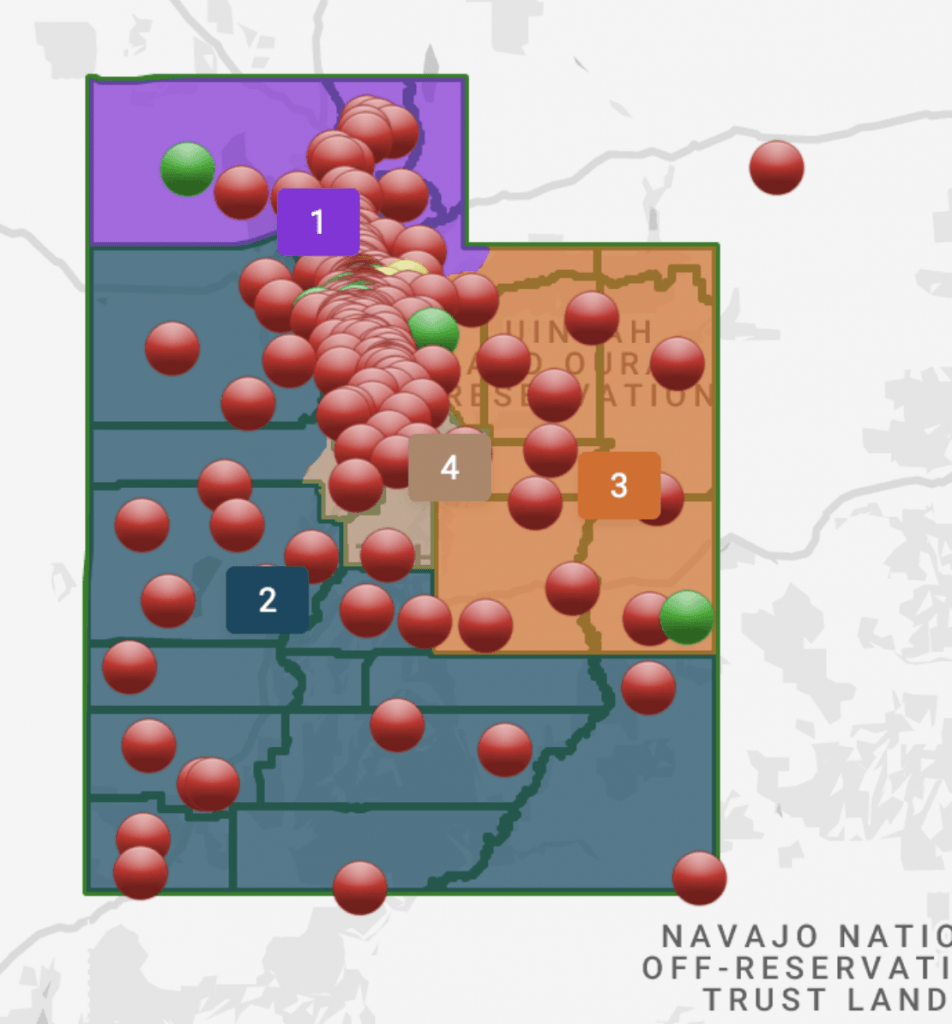 Launched on Monday, November 8th as it became clear that the Utah Legislature was determined to ignore the will of the people and enact egregious partisan and incumbent protection gerrymanders, the Better Boundaries Accountability PAC’s goal is more responsive and accountable elected officials.

The PAC will strategically deploy funds in the 2022 election cycle to defeat incumbents who demonstrated that they are more interested in self-preservation and partisan politics than serving constituents. The PAC will use funds for the most impactful of the following strategies in 2022 primary and general election races:

The PAC was seeded with $50,000 from Utahns for a Responsive Government, DBA Better Boundaries.

In addition to launching the PAC, Better Boundaries continues to assess the viability of legal action to overturn the Legislature’s gerrymandered maps as well as a potential ballot initiative to repeal and replace the gerrymanders with Independent Redistricting Commission maps and create a binding independent redistricting commission.