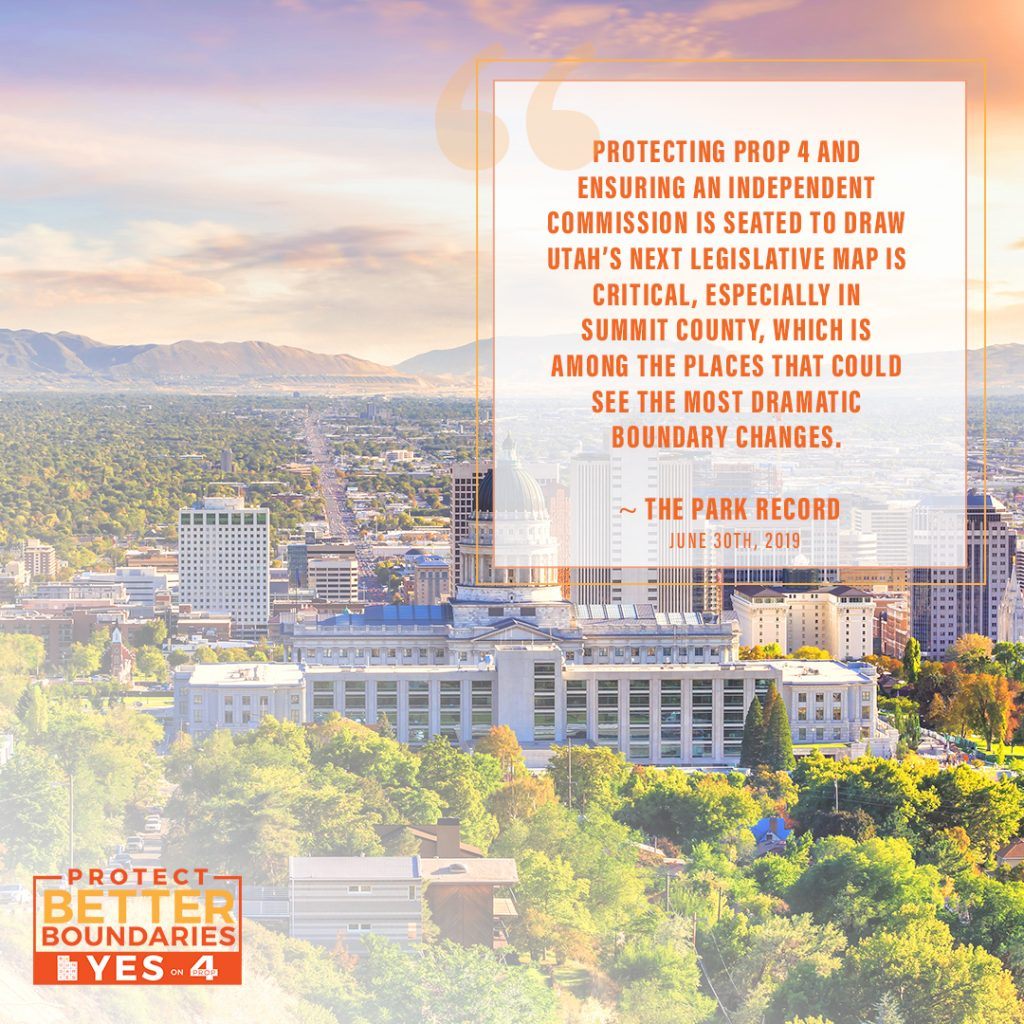 The judicial branch delivered a blow to democracy Thursday as the U.S. Supreme Court ruled that federal courts have no authority to determine the constitutionality of partisan gerrymandering.

It was a confounding development for people all over the country who believe elections should be fair and that, as the saying goes, voters should choose their representatives instead of the other way around. In places like North Carolina and Maryland, where the rigging of congressional maps by the parties in power is obscene, the 5-4 decision was nothing short of devastating.

What effect, if any, it will have in Utah remains unclear. But it’s not premature for supporters of last fall’s Proposition 4 to sound the alarm. The statewide ballot initiative, which passed with strong support from places like Summit County, called for an independent, bipartisan commission, bound by a number of common-sense requirements, to draw Utah’s legislative maps in a way that does not intentionally favor any political party.

The success of the initiative was a victory for the people of Utah. Unfortunately, there’s no guarantee the commission will actually exist when the next round of redistricting takes place following the 2020 Census. Utahns made their opinion on the matter quite clear at the polls, but in replacing two other successful ballot measures from 2018 with its own watered-down legislation, the Republican-controlled state Legislature has proven it has no qualms disregarding the will of voters.

Better Boundaries, the organization that spearheaded the push for redistricting reform, has been working hard since the election to ensure Prop 4 does not meet the same fate as Medicaid expansion and medical marijuana legalization. But it does not take much imagination to envision the Supreme Court decision emboldening lawmakers to dismantle it.

And as disgraceful as the Legislature’s reworking of the other two ballot initiatives was, gutting Prop 4 would in some ways be even more egregious, given the measure’s explicit purpose of reigning in lawmakers’ power.

Protecting Prop 4 and ensuring an independent commission is seated to draw Utah’s next legislative map is critical, especially in Summit County, which is among the places that could see the most dramatic boundary changes. The county has been gerrymandered into three Utah House districts, diluting the electoral influence of its left-leaning population, despite having enough residents to be a single district.

There’s no guarantee an independent commission would leave Summit County undivided, but voters would at least be able to take comfort in knowing the process was untainted by partisan politics.

Without the possibility of federal courts intervening if the Legislature dismantles Prop 4, however, the future of the commission seemingly lies in the hands of the very people redistricting reform is meant to check. Lawmakers may ultimately do the right thing, but for people who support democracy, the coming months will be filled with tension as the fate of the effort to end gerrymandering in Utah hangs in the balance.