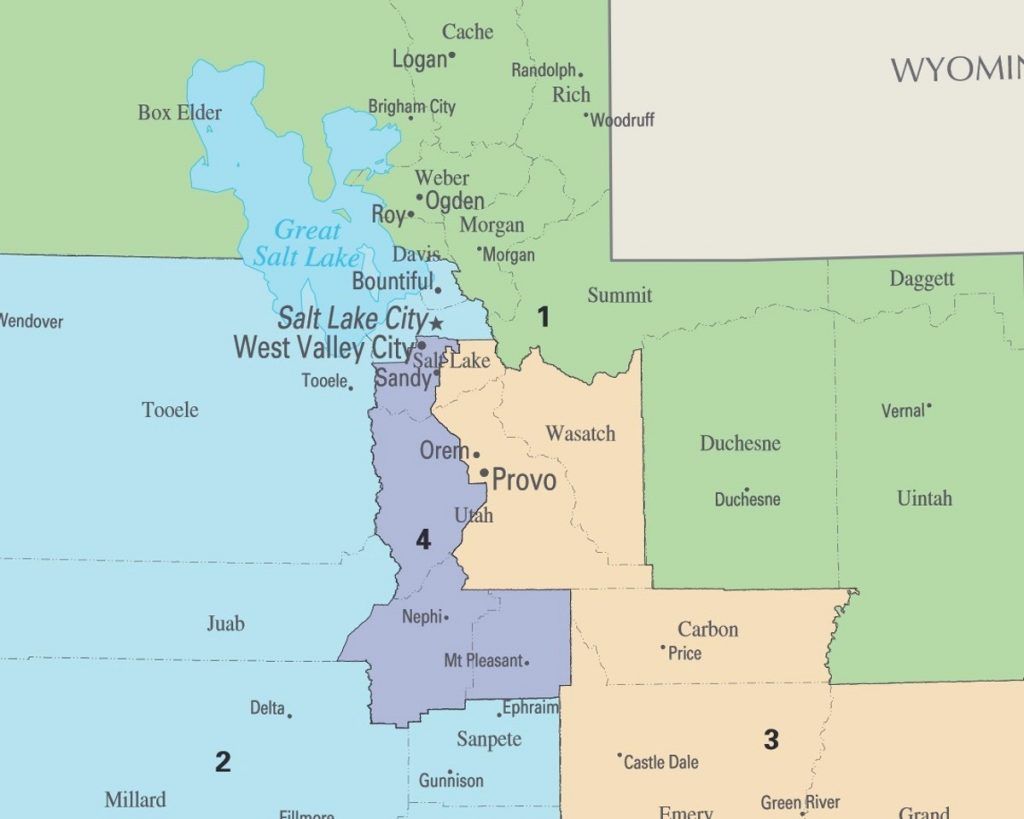 SALT LAKE CITY — Two hundred and six years ago, guests at a political dinner party in Boston let their creative juices flow as they talked of how upset they were at a new state senate district map that was drawn by the Democratic-Republican majority and signed into law by Massachusetts Gov. Elbridge Gerry.

The way Smithsonian.com describes it, an illustrator at the party by the name of Elkanah Tisdale sketched a map of one district and attached claws and a head to it (making this an appropriate story for Halloween). Someone said it looked like a salamander. Someone else said no, call it a “Gerry-mander,” after the governor.

You can imagine the laughter and merriment.

Just like that, Gerry’s record as a Founding Father, independent thinker, governor and eventual vice president of the United States was forever lost to popular history.

Nothing works quite like a catchy name. Gerry became the father of blatant attempts to hold onto political power through redistricting.

And all these years later, “gerrymanders” are occupying the minds of Utah voters as they face ballots asking them to give a thumbs up or down on Proposition 4, which would establish a more-or-less independent commission to redraw political boundaries every 10 years.

Unfair? Gerry probably thought so; but politics and fairness seldom are on a first-name basis, even though they talk about each other all the time.

Proposition 4 aims to fix that. Realistically, that is an impossible task. Fairness is in the eye of the beholder, and unfairness has an endless array of stories to tell.

But Proposition 4 would at least curtail the inclination of the Legislature’s ruling party to draw districts based purely on political motives. For that reason, it deserves support.

Let’s be clear: It would not remove the Legislature entirely from the process, any more than it would completely separate that process from politics. Proposition 4 would establish a seven-member citizen commission, appointed by politicians, to draw maps every 10 years based on the new census — something necessary because people keep moving, dying, procreating, marrying, divorcing, constructing and otherwise shifting around like the sands of the sea.

Ultimately, however, the Legislature would retain the right to throw away the work of the commission and do its own thing. But if it does so, it would have to provide a detailed written explanation as to why — something I would love to read.

And let’s be clear about something else: The commission’s decisions wouldn’t be easy, and they wouldn’t satisfy everyone’s notion of fairness.

Utah may well receive a fifth seat in the House after the 2020 Census. Given how the state’s population gravitates toward the Wasatch Front, you easily could create three complete districts out of Salt Lake County alone and one each in Utah and a combination of Davis and Weber counties. But that would leave the entire rest of the state without enough people to form even one district.

So something has to be carved up. Some community of interest needs to be marginalized. Drawing political boundaries is not easy, even with the purest motives.

And yet it would be good for the state to remove the process at least a step away from accusations its sole purpose is to save someone’s seat or to remove someone else from power. I’ve heard from more than one former Democratic legislator in recent days who claims to be a victim of this.

If you’re worried the commission would erode the Republican Party’s majority, forget about it. In 2011, the Legislature drew four new congressional districts that were 72 percent, 65 percent, 74 percent and 62 percent Republican. It may be physically impossible to draw a district that is one-fourth of the state and that also contains a majority of Democrats.

Maybe more Democrats would find their way into the Legislature, but you could add several of them and barely notice.

Supporters say this has nothing to do with political parties. It has to do with keeping communities together and giving them representation. The proposition would require the commission to minimize the way communities are divided and to preserve traditional neighborhoods.

That won’t necessarily translate into more competitive races, which would happen only if the commission was told to divide Republicans and Democrats as evenly as possible.

Finally, the proposition exhibits some of the flaws of making law through citizen initiatives. Some parts of it may be found unconstitutional, especially one that would prohibit a commission member from being a lobbyist, candidate or political appointee for four years after serving.

But despite all of that, Proposition 4 would take the task of drawing political districts one step away from Elbridge Gerry’s salamander, even if it wouldn’t guarantee an elusive notion of fairness. That’s worth a try.