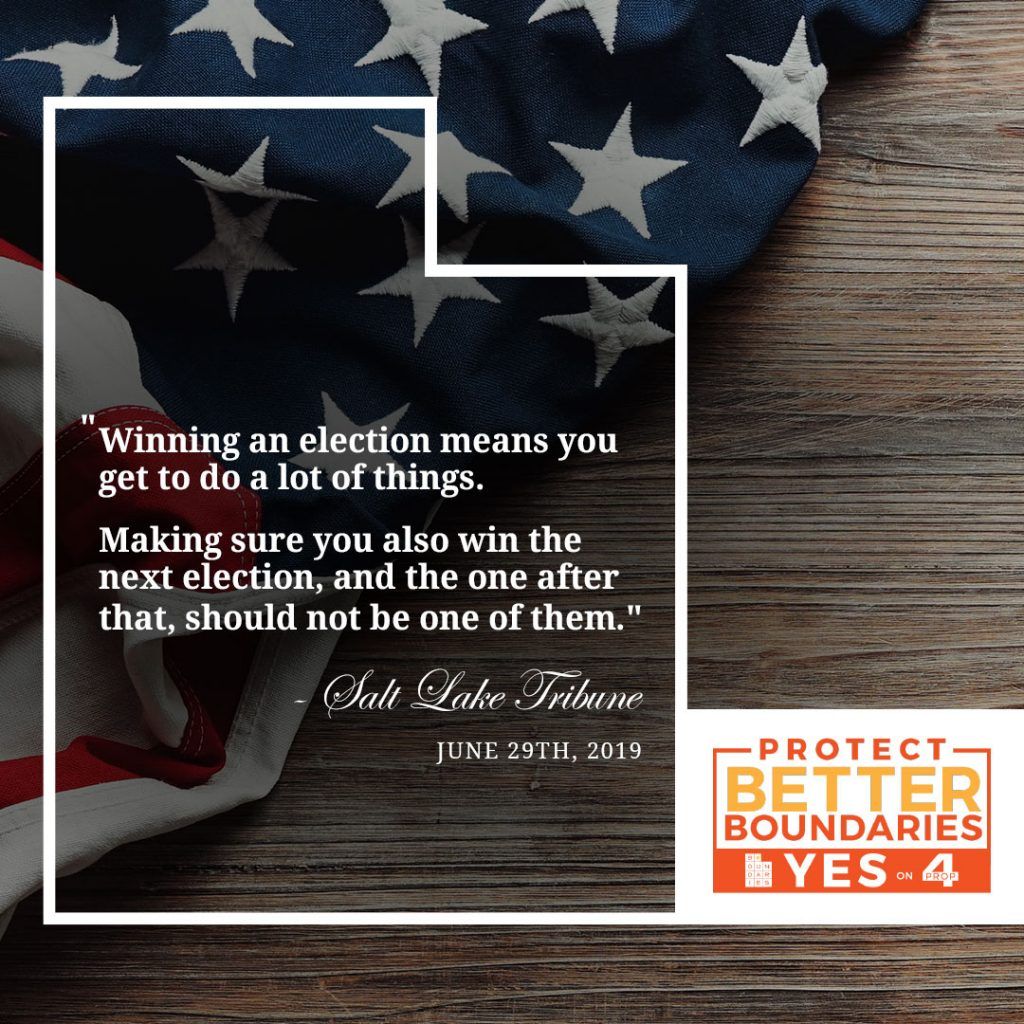 By The Salt Lake Tribune Editorial Board ·

“He became so powerful, the only thing he was afraid of was losing his power, which eventually, of course, he did.”

The Supreme Court of the United States says it is helpless to defend a basic tenant of democracy, the idea that voters should choose their representatives and not the other way around.

That doesn’t mean that Utah has to be.

A sharply divided court ruled Thursday that, even though it is counter to democracy to allow a political party to cook the books of drawing legislative and congressional districts to favor itself, it would be far too complex, arbitrary and — irony alert — anti-democratic for the federal courts to step in to fix it.

And, in theory, the 5-4 ruling with an opinion by Chief Justice John Roberts is correct. If the people of a state don’t like the way their elected legislators have divvied up the population for the purpose of elections, then they can elect different legislators. No judicial activism required.

In practice, as even a passing knowledge of political reality will tell you, it doesn’t work that way.

That’s why in states including Arizona, California and, most recently, Utah, those same voters have used their undelegated legislative power to create a system where all or some of that power is removed from the necessarily self-interested lawmakers and given to a theoretically neutral body.

That’s what the voters of Utah did last year in narrowly passing Proposition 4. That’s the ballot measure that creates an independent, bipartisan panel to use population data to draw legislative and congressional districts that are designed not to benefit one political party or another, but to make compact, rational districts that don’t split counties, cities or neighborhoods in such a way that which party would carry each district is a forgone conclusion.

There is no point in denying that the super-dominant Utah Republican Party has gerrymandered our state’s legislative and congressional districts to perpetuate their own super-dominance. To them, it is the spoils of victory, as it probably would be for the Democrats, were they ever to gain such power. But that is wrong.

Winning an election means you get to do a lot of things. Making sure you also win the next election, and the one after that, should not be one of them.

The commission designed by Proposition 4 is not all-powerful. Because it was created by a voter initiative, and not through the more complex — and easier to frustrate — process of amending the Utah Constitution, the districts drawn in a rational manner will be only a suggestion, not law.

The Legislature will retain the final authority to accept, reject or monkey around with the commission’s plan or plans. And, given the speed contempt for democracy with which the Legislature effectively gutted Proposition 3 — Medicaid expansion — and re-wrote Proposition 2 — medical marijuana — hopes that lawmakers will leave even the thin reform of Proposition 4 alone may be misplaced.

Still, Gov. Gary Herbert Thursday gave a wan endorsement to the ideas behind Prop 4. That, plus a lot of pressure applied by voters and politically influential people over the next few months might preserve at least a possibility that such obvious gerrymandering will be a thing of Utah’s past.