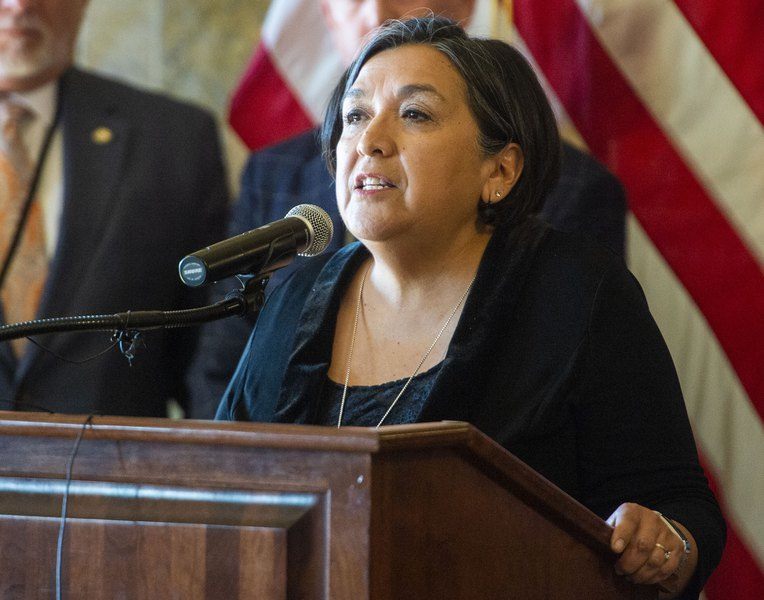 Utah’s independent redistricting commission will have to adopt their own anti-gerrymandering standards before drawing maps for congressional, legislative and other voting districts under a compromise unveiled Thursday.

Better Boundaries, a group fighting to preserve Proposition 4, and state lawmakers announced the deal during an amicable news conference that belied the recent tensions between the groups. All agreed that the solution they hammered out would resolve lawmakers’ concerns over the redistricting law while preserving the spirit of the 2018 voter initiative.

“This isn’t a Republican solution, this isn’t a Democratic solution. This is a bipartisan solution,” said Senate Majority Leader Evan Vickers, R-Cedar City.

Sen. Curt Bramble’s legislation, SB200, states that the commission shall adopt standards that prohibit the “purposeful or undue favoring or disfavoring of” incumbents, particular candidates or political parties.

Discussions between Better Boundaries and lawmakers have been going on for about as long as Prop 4 has been law, but they hit a roadblock last week when lawmakers wanted to strip out the anti-gerrymandering language. Better Boundaries called these prohibitions “the heart” of Prop 4 and said removing them amounted to a repeal.

Legislative leaders argued it would be nearly impossible to prove the commission’s maps passed these legal standards, potentially leaving the state at risk if someone sued. Moreover, they said the commission could enact its own internal rules against gerrymandering and didn’t need these restrictions codified in state law.

Hanging over the talks was the prospect that lawmakers might attempt a full repeal of Prop 4, said Rebecca Chavez-Houck, a former state representative and executive director of Better Boundaries.

“It felt to me like it was always present,” she said.

Bramble, the one to resume talks with Better Boundaries and end last week’s stalemate, acknowledged there’d been “a lot of angst, a lot of rhetoric” on both sides of the issue but said everyone can walk away from the negotiating table able to claim some kind of victory.

Still, Prop 4 supporters’ vision of independent redistricting will only come to fruition if state residents continue to act as watchdogs, Chavez-Houck said.

The commission will be composed of seven members appointed by the governor and legislative leaders and will formulate redistricting recommendations to share with the Utah Legislature following the decennial Census. While Prop 4 would’ve forced lawmakers either to accept or reject the commission’s maps, the replacement bill states that the Legislature “may, but is not required to” vote on the maps.

Chavez-Houck says the advisory maps will still be valuable as a potential contrast and check with the district designs ultimately adopted by the Legislature.

On Thursday, Gov. Gary Herbert said he’s had little input in the negotiations but had spoken with Bramble about some of the stumbling blocks. The governor told reporters that Bramble, R-Provo, revealed several days ago that he’d had an “epiphany” about how to bring the two sides together.

That idea, Bramble said, was to require the commission to develop its own rules against gerrymandering without spelling out those standards in state law.

Most everyone shares the goal of an impartial redistricting process, Herbert said during his monthly televised news conference at PBS Utah, but their definitions of a gerrymandered map vary, often according to political party.

“We have an overwhelmingly more conservative population, more Republican. And we need to make sure that the minorities are not frozen out of this, that there’s fairness in the redistricting,” Herbert said. “This compromise is going to both pass constitutional muster and help us have the ability to see what a more fair redistricting process would be.”