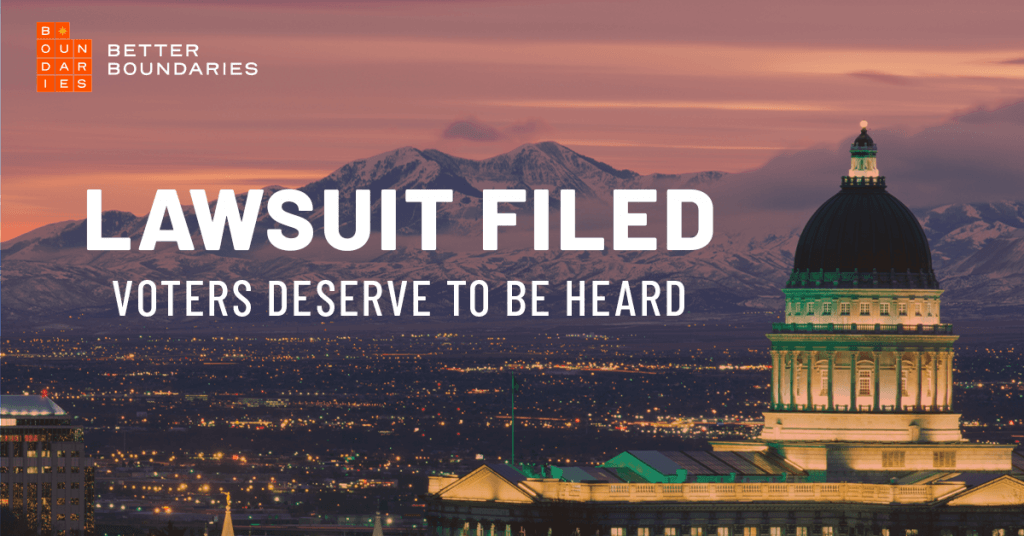 “This is a foundational case and will decide whether power lies within the people of Utah or if lawmakers simply get to choose their voters. We applaud the bravery of the League of Women Voters Utah, Mormon Women for Ethical Government, and other private citizens for their willingness to stand as plaintiffs. These are large member organizations within our state whose courage to take on Utah lawmakers in court should be heralded. Better Boundaries has already committed resources and will continue to support their efforts.

The Utah Legislature and other related defendants acted in their own self interest when they completely dismissed the Independent Redistricting Commission maps and drew their own electoral maps. Those actions not only overruled the will of Utah voters, but also violated their legal obligations. Utahns deserve to have their constitutionally protected right to reform their government honored.

We stand united with all Utahns who want transparency and accountability from their elected officials and are proud to support this effort financially.”